Anno 1800 – A Kosmos Game from Thames & Kosmos | A Civilization Game Based on The Video Game | Designed by Martin Wallace| for 2-4 Players, Ages 12 and up 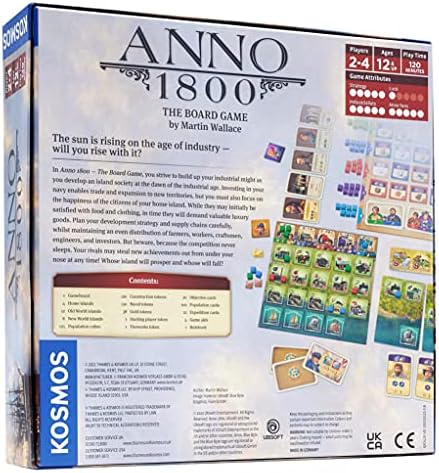 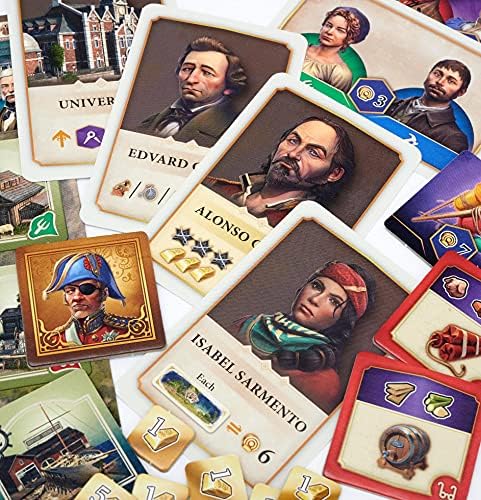 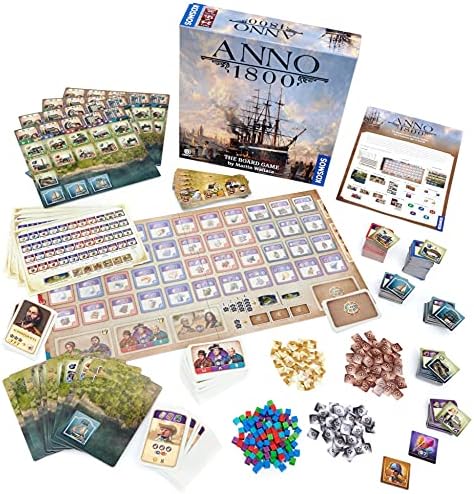 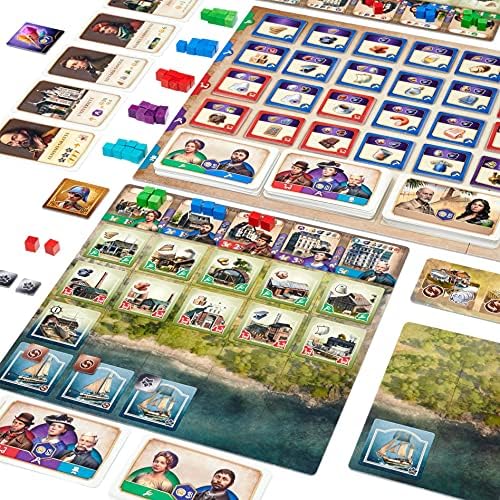 The sun is rising on the age of industry; will you rise too? Anno 1800 is an epic city-building strategy board game based on Ubisoft’s popular PC game of the same name. Players strive to build up their industrial might as they develop an island society at the dawn of the industrial age. Investing in their nautical fleets enables trade and expansion to new territories in the old and new worlds, but players must focus above all on maintaining the health and happiness of the citizens of their home islands. While the population is initially satisfied with food and clothing, in time it will demand valuable luxury goods. Players must plan their development strategies and supply chains carefully while keeping an eye on the distribution of specialized roles within their territories. The objective of the game is to plan for an even distribution of farmers, workers, craftsmen, engineers, and investors. But beware, because the competition never sleeps. Players may steal new achievements out from under each other’s noses at any time! Whose island will prosper and whose will fall? + By the best-selling game designer Martin Wallace, whose other hit games include: Brass: Birmingham (BGG Rank #3) Brass: Lancashire (BGG Rank #17) Age of Steam (BGG Rank #120) A Few Acres of Snow (BGG Rank #329) Australia (2018 BGG Rank #657)

A city-building strategy game set in the Industrial Revolution; based on the popular PC game.
By acclaimed author Martin Wallace (Brass, Age of Steam).
Race against your opponents to produce, buy, or trade the limited number of construction titles and resources.
A complex game with simple mechanisms makes it easy to teach and fun to play.
End-game bonuses and hidden scoring keep gameplay exciting and unpredictable.

Be the first to review “Anno 1800 – A Kosmos Game from Thames & Kosmos | A Civilization Game Based on The Video Game | Designed by Martin Wallace| for 2-4 Players, Ages 12 and up” Cancel reply

Othello – The Classic Board Game of Strategy for Adults, Families, and Kids Age7 and up

UNO Family Card Game, with 112 Cards in a Sturdy Storage Tin, Travel-Friendly, Makes a Great Gift for 7 Year Olds and Up [Amazon Exclusive]

Added to wishlistRemoved from wishlist 0
Add to compare
$12.99

Anno 1800 – A Kosmos Game from Thames & Kosmos | A Civilization Game Based on The Video Game | Designed by Martin Wallace| for 2-4 Players, Ages 12 and up