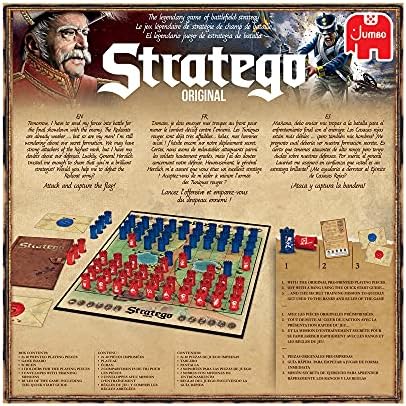 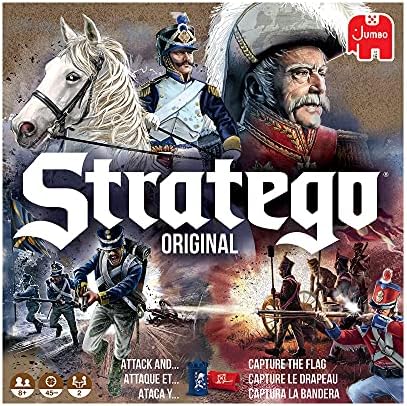 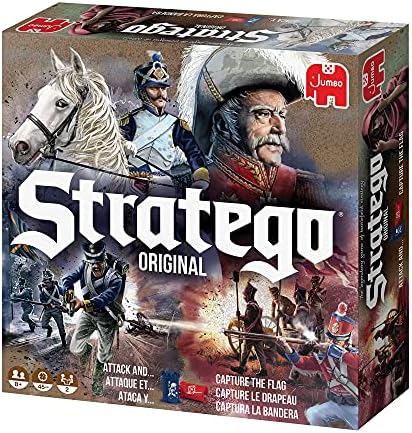 War between the Redcoats and Bluecoats rages on. Time and again, Lieutenant Jacques Cavalier attempts to attack and capture the Redcoats’ flag with his troops. The Bluecoat army is weary and has been significantly weakened, but his men will not surrender. Are you ready to help the Lieutenant defeat the Redcoat army? The Bluecoats are counting on a brilliant strategist like you.

The aim of this classic board game is to capture the enemy’s flag while defending your own. Luckily, you are not alone; you have an entire army at your disposal, along with a seductive spy and six deadly bombs.

Prepare for Battle with Stratego Original

Plan Your Tactics and Ready Your Army

Taking turns, each player must either move one of their own playing pieces or attack one of their enemy’s playing pieces. The piece that holds the lowest rank loses and is removed from the board. However, your elusive Spy is an exception to this rule, so use their skills wisely.

Test Your Mettle Against Friends and Family

What tactics will you choose? Master Stratego Original combines stealth, long-range planning, bluffs, and double bluffs to outthink your opponent and emerge victorious. First, however, you must act decisively and be confident in your strategy because if you made a move and have let go of your piece, you can’t retract the move.

Stratego is the strategic game where you challenge your opponents in the heat of battle
Your task is to capture your opponent’s flag while defending your own
Lead your men into battle, every move is crucial
Includes 2 x 40 pre-printed playing pieces, Game board, Screen and 2 sorting trays for the pieces
Suitable for 2 players, aged 8+

Othello – The Classic Board Game of Strategy for Adults, Families, and Kids Age7 and up

Hedbanz Picture Guessing Board Game New Edition, for Families and Kids Ages 8 and up

Added to wishlistRemoved from wishlist 0
Add to compare
$24.99