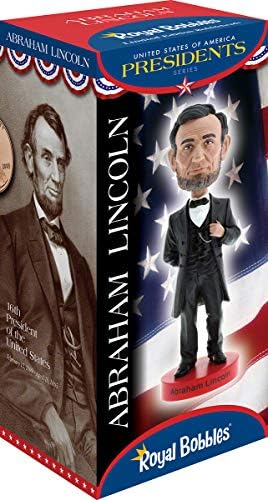 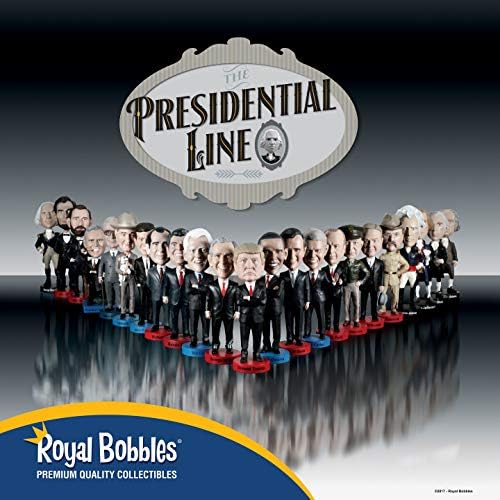 Abraham Lincoln served as the 16th President of the United States from March 1861 until his assassination in April 1865. He successfully led his country through its greatest internal crisis, the American Civil War, preserving the Union and ending slavery. Before his election in 1860 as the first Republican president, Lincoln had been a country lawyer, an Illinois state legislator, a member of the United States House of Representatives, and twice an unsuccessful candidate for election to the U.S. Senate. As President, he introduced measures that resulted in the abolition of slavery, issuing his Emancipation Proclamation in 1863 and promoting the passage of the Thirteenth Amendment to the Constitution.

ABRAHAM LINCOLN V2 BOBBLEHEAD: Abraham Lincoln was an American lawyer and politician. He served as the 16th president of the United States from 1861 until his assassination in April 1865. Lincoln led the nation through the Civil War, its bloodiest war and its greatest moral, constitutional, and political crisis.
HISTORIC COLLECTIBLES: Royal Bobbles features several different product lines of famous icons, including entertainers, artists, singers, and historical/political figures. Perfect for collectors of every genre, these bobbleheads make great gifts for everyone! Each figure features a hologram with a unique serial number on the bottom of the base to indicate authenticity.
UNIQUE, COLLECTIBLE BOBBLEHEADS: Each of Royal Bobbles’ premium-quality bobbleheads come in colorful, printed collector’s boxes with custom-cut Styrofoam inner protection. All Royal Bobbles bobbleheads are made from high-quality, heavyweight polyresin, stand at over 8” tall, and are individually hand-painted.
LIFELIKE FIGURINES, EXQUISITE DETAIL: Because Royal Bobbles bobbleheads are carefully researched, hand painted, and crafted with care, each design is extremely detailed. Royal Bobbles is leading the industry with their realistic and lifelike likenesses, making them right at home in any environment, whether it’s on a desk, display case or even in the classroom!
PREMIUM BOBBLEHEAD STATUETTES: Founded in 2009, Royal Bobbles is a premium designer and manufacturer specializing in high-quality, exquisite collectible figurines, allowing for a high level of detail and durability in every product. The quality and detail of Royal Bobbles products and packaging is unmatched in the industry.